BUD - A Little Magazine of the Children!!! 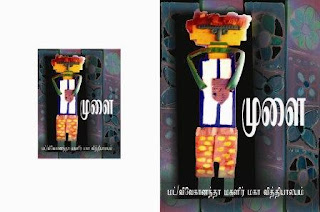 BUD is a little magazine was created by Third Eye Local Knowledge and Skill Activists Group in order to bring out the creative writing skills of the children in schools, Villages and in Children’s Homes.


The first of that kind issue was released from Vivekananda Girls Colleges, Batticaloa, Sri Lanka in 2006. The A/L 2008 batch students were involved in this creative writing program.

Bud, the little magazine was brought out through a regular writing workshop for more than two months with the facilitation of T. Gowreeswaran of Third Eye Local Knowledge and Skill Activists Group.

The cover was designed by S. Nirmalavasan of Third Eye from the works of children.